What's My Line comes to Gordon's 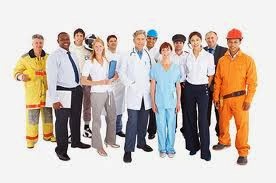 123 year 10 students (15/16 yr olds) at Gordon’s School in West End Woking got to meet a huge variety of business professionals on Tuesday during a frantic 1 ½ hours of Careers Speed Dating. We had scientists, engineers, both civil & structural, a software developer, web designers, a copy writer, a book publisher, a costume designer, a creative learning manager, two PhD students studying Virology & Immunology, a primary school Headteacher, a lawyer, a community film producer, marketing & computer effects manager, a forensics expert, an architect, army logistics, a director of asset protection, technical engineers, a psychologist, a life coach, all of whom were passionate & enthusiastic about their chosen careers.

The students were put into small groups and had 5 minutes to quiz their business volunteer, who was only allowed to answer yes or no thereby requiring the students to try & guess their profession. A further 5 minutes of frantic questioning followed to ascertain exactly what they did for a living and how they had got where they were. A whistle sounded and another willing volunteer from a different profession presented themselves for questioning.


It was fast, frenetic and enormous fun with the students commenting afterwards “I was astonished by the range of different career choices available that I didn’t know existed”, and "I so enjoyed the variety of jobs and questioning their roles and really enjoyed meeting real life businessmen & women." Additionally many of the students felt that with the right attitude & experience anything is possible and many commented “This was a fantastic event and should be offered to all schools.” What was clear from their feedback was that it had really changed their perception of what the future holds for them & makes it seem less daunting.
Posted by SATRO.org.uk at 02:26