SATRO, who are based on the Surrey Research Park in Guildford, has been awarded the prestigious Approved Provider Standard. This is the national quality award designed for mentoring and befriending projects awarded by the Mentoring & Befriending Foundation, who are part of National Council for Voluntary Organisations (NCVO).

“The mentor programme has been in operation for 16 years and this year has over 150 students in schools throughout Surrey working with mentors. We bring together companies looking to support their local communities with schools in their area. Company employees volunteer to be mentors to young people working with them to build confidence, develop employability skills and help them achieve their potential. We are delighted that current sponsors of the programme include Guildford-based Allianz (working with Kings college, Guildford), Dorking-based Unum (working with students at Therfield School, Leatherhead), Kingswood-based Legal & General (working with The Beacon School, Banstead), Reigate & Banstead Borough Council (Oakwood School, Horley), Tandridge Borough Council (Oxted School), Just Retirement (Reigate School), Partnership (St Bedes School, Redhill) Sutton & East Surrey Water (The Warwick School, Redhill), Cisco (Thamesmead School, Shepperton). We would also like to thank The Persula Foundation for their support of our application”  quoted Liz Edwardes, SATRO Mentor Programme Manager.

Dr Beccy Bowden, CEO of SATRO said “We are delighted that we have achieved the national quality standard for our programme. It reflects the commitment of all participants and demonstrates the high standard of all elements of the programme. To be able to demonstrate that we have this Award brings added confidence to our existing sponsors and gives us a platform from which we can extend our reach to support more young people in the south east.”
Posted by SATRO.org.uk at 01:31 No comments:

This year is the 75th anniversary of the Battle of Britain and a hero who helped us to win it was engineer Beatrice 'Tilly' Shilling. Tilly Shilling always wanted to be an engineer. She bought a motorcycle at the age of 14, completely rebuilding it, later racing them in competition. In 1929, with encouragement from her employer, she became the one of only two women to study for an electrical engineering degree at the University of Manchester. Following this she obtained an MSc in mechanical engineering and in 1936 secured a Scientific Officer position at the Royal Aircraft Establishment in Farnborough.

On the outbreak of the second world war the Luftwaffe discovered that Spitfire and Hurricane fighters had an engine vulnerability. Designed to use carburettors, on diving, the fighter's Rolls Royce Merlin engine would starve of fuel triggering a cut-out. A catastrophic and potentially fatal problem during a dog fight. The enemy with their less powerful but fuel injected engines had a big advantage. An urgent solution was needed and it was Tilly's simple modification that saved the day. Installing her specially designed disc, into the engine's carburettor fuel inlet, the cut-outs could be  overcome. Leading a team of technicians out to frontline RAF airfields she rapidly modified every Spitfire and Hurricane engine. RAF fighter pilots could be now confident with engine power in battle and by March 1941 she completed the work.

After the war Tilly moved on to motor racing and work on Britain's Blue Streak rocket. She was awarded an OBE and a Phd in engineering from the University of Surrey. If you visit Farnborough you may see a pub named the Tilly Shilling in fond memory of her work. Some of her racing memorabilia, acquired in 2015, is at Brooklands Museum. On the track at Brooklands in the 1930's she won a famous Gold Star for lapping at an average of over 100 mph by motorcycle, being the first woman to achieve the challenge.

- John Faulkner, SATRO Volunteer
Posted by SATRO.org.uk at 04:59 No comments:

Who's Behind Your Fridge? By Dr Elaine Hickmott, EH Enterprises

Who’s Behind Your Fridge?
By Dr Elaine Hickmott, EH Enterprises

The first week of January 2016 saw people from across the globe gather for the Consumer Electronics Show® (CES2016) in Las Vegas.  Billed as the place to experience ‘mind-blowing technology and awe-inducing innovations’, CES2016 showcased products and services from established mega-brands and start-ups alike.
When we look at the gadgets, the technological advancements and all the glitz and glamour of CES2016 it’s easy to take everything at face value and not think about the people behind the innovations; those who turn ideas into the reliable products and services we use today and in the future.   These people come in many guises, come from an array of disciplines, have a range of responsibilities and... many are engineers.
Let’s consider three household mega-brands that took part in CES2016. Volkswagen showcasing a car combining electric mobility with the Internet of Things; LG exhibiting a prototype ‘foldable’ 18inch organic LED display; Bosch championing technology for smart and more efficient homes.  All showed different products which deliver different consumer value.


To achieve, sustain and extend their mega-brand status these organisations need and employ a range of engineering talent.  Having done a quick internet search here is a small selection of the types of engineers they employ: 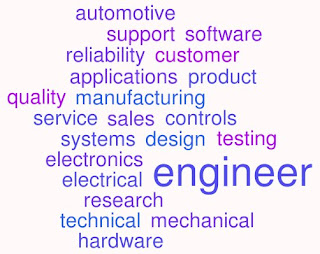 Impressive or what?!  Engineering is part of our lives; engineers matter.  And it goes further.
Let’s explore now the world of the entrepreneur.  CES2016 also showcases hundreds of newer and start-up businesses.  Many of these organisations are the brainchild of... you’ve guessed it, engineers.  Take for example the following three CES2016 contributors:

Impressive or what?!  Engineering is the starting point for many entrepreneurs.
Taking our day-to-day lives at face value without curiosity; being bombarded with information without context; making assumptions in isolation without speaking to others can drive a very narrow view of life and of engineering.  Especially for younger people who are starting out on their career adventure.  SATRO has been working tirelessly for years to address this by championing STEM and providing insights into work and the opportunities engineering can bring.  And 2016 is set to be another year full of STEM-tastic activities, events and initiatives like STEMalive! on the evening of 10 March 2016 in Guildford.
STEMalive! will bring together engineers and schools from across the south-east to join in an inspirational evening of STEM careers facts and fun.  We’ll be kicking off the evening with upbeat ‘ignite-style’ talks from engaging engineers including Keisha Smith, Principal Engineer at CGL and Phil Edwards, founder and MD of Weald Technology.  Then we’ll be straight into fast-paced career speed dating.

STEMalive! is set to be a great evening and if you’re a sixth former who’d like to attend or an engineer who’d like to get involved with the career speed dating session please get in touch via contactus@satro.org.uk