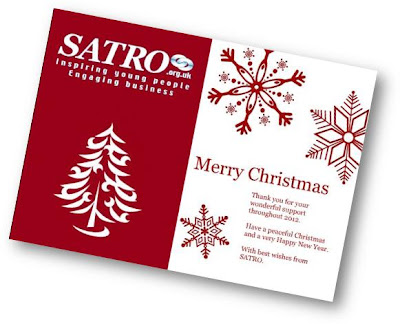 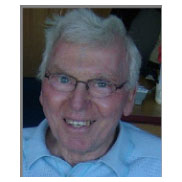 SATRO's longest serving member of staff retires today - at only 85 years young! We wish Gordon Cockburn all the very best and thank him for his fantastic work over many years to inspire and encourage young people.

Gordon began work on the shop floor in the engineering industry in Sunderland and worked his way up to the design office. In 1956 he went into teaching and became Faculty Head of Technical Studies at the Ashcombe School, Dorking.  In 1986 he joined SATRO on a part-time basis, to pilot Young Engineers Clubs in Surrey, and in 1990 he was  appointed National Director of Young Engineers Clubs by the Standing Conference on Schools’ Science and Technology (SCSST) and was involved in setting up the Neighbourhood Engineers Programme which encouraged engineers and scientists to volunteer to work with young people in schools (subsequently becomming the STEM Ambassadors scheme in later years). Both these programmes now reach tens of thousands of young people every year across the UK.

In 1995 he was awarded an MBE (for services to education) and began the Young Entrepreneurs programme, which again was subsequently rolled out nationally.

In 2001 Gordon 'retired' from running Young Entrepreneurs to manage Surrey County Scholars and Surrey County Apprentices award, on a part-time basis. Since 2001 Gordon has secured funding for, on average, 15 new bursaries every year – enabling approximately 150 young people to go on to University to study science, technology, engineering and maths – many of these young people have since graduated and taken up employment for STEM companies in Surrey (and globally). In addition, as part of the Annual awards, approx 160 apprentices have received recognition for their hard work and dedication by receiving Awards.

We salute Mr Cockburn - a true example of what SATRO is all about - and we will all do our best to follow in his footsteps and carry on the wonderful work he has done.
Posted by SATRO.org.uk at 08:22 No comments:

One of this year’s Nuffield students,  David Rapley from Tiffin Boys School, has been invited to the British Association Big Bang Final in the Excel Centre, London, in March 2013.  The Festival is for UK Young Scientists and Engineers and David has been invited to present his project – Red Sky at Night, Arabidopsis Delight – ‘the role of light on cell division and growth’ - along with other budding young scientists, who will be competing for special prizes including trips to European festivals and possibly the USA.  David has been complimented on his project process and the communication and enthusiasm his report showed!
﻿﻿
Congratulations David, and we wish you every success in March!

Years 4, 5 and 6 at Tillingbourne Junior School enjoyed the opportunity to test their maths knowledge in a new and fun way.  The Fun Maths workshop, held on 11th December, presented challenges to the children in the form of 45 different puzzles.  Ranging from shape recognition, sequences, calculation and logical thinking, the pupils worked in pairs to solve the problems within a time limit.  Teachers were impressed with the perseverance of their pupils to solve the puzzles. "Maths is fun!" was the general agreement of the children at the end of each session.  A year 6 pupil's comment...

"It made me think that maths isn't all about numbers, but it is about problem solving.  It gave me a more positive approach to maths, I particularly enjoyed the trick questions.  Overall it was lots of fun, thank you for coming!"

Last week saw two primary schools hold Fun Maths events: Hillcroft Primary in Caterham involved 157 pupils from Years 3 -6 and The Chandler School in Witley, near Godalming mixed their Year 4 and 6 year groups, a total of 170.  This fantastic workshop offered pupils the opportunity to test and consolidate their maths knowledge in a fun, non-confrontational way.  An interactive challenge, the pupils worked in pairs to solve a range of differentiated problems and puzzles within a time limit.  Teachers were impressed with the way in which all the children were able to participate at their own level:

“A brilliantly productive session – it helped[the children] to realise that there is more than one right answer.”

The pupils learned that maths isn’t just about numbers, but involves logic, discussion and patterns.  They had a really fun time and as one child put it:

“This is one of the best experiences of my life – I loved it!!!” 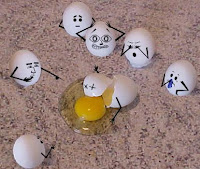 Pupils at St Matthew’s Primary School in Redhill experienced the force of science on 6th December when Year 3 investigated Magnets and Year 4 explored Gravity through the Egg Drop Challenge.  Year 3 sorted different objects to test for magnetic properties and then the pupils made their own magnetic game; Year 4 experimented with different sized spinners and made parachutes in preparation for the Egg Drop Challenge.  The children were very excited by what they had learnt during the day:

“I want to have a science lesson every day” and, “When I grow up, I want to be a scientist”.

SATRO is grateful for the sponsorship of Surrey County Councillors, which enabled us to hold the events at The Chandler School and St Matthew’s Primary School.
Posted by SATRO.org.uk at 03:22 No comments:

Sixty year 5 & 6 children from St John's Primary School in Redhill took part in a SATRO Junior Business Game on 5th December.  The were divided into mixed ability and friendship groups to emulate the real working world.

"I learnt that today was very important, especially about the teamwork and friends we made.  It has made me think how hard business actiually is and that you really have to think about the future. Making a right decision is crucial for the future."


"Fantastic day, we'll do it again, brilliantly run as well.  Thanks!" 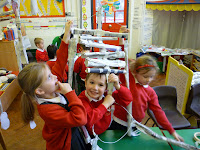 Children at Bramley Infant School enjoyed an illuminating morning of science on 3rd December when Year 1 learnt about bones in the body and making different types of skeletons, whilst Year 2 became electrical “engineers” and built lighthouses.  Starting with an initial presentation from the SATRO team, the pupils were given an overview of their respective topic before they got hands-on experience of making a relevant model.  Year 1 made a large newspaper skeleton, a small flexible skeleton from card and an art skeleton of their own design.  Year 2 learnt about electrical safety and how to wire up a simple circuit to insert into their Pringles tube lighthouse.  The teachers were pleased with the content of both workshops, commenting “The children were engaged and are wanting to find out more”.  The pupils thought it was fun and one said “I want to be a science person and learn about skeletons and dinosaurs”.
Posted by SATRO.org.uk at 02:37 No comments: