The STEM placement students are sending us weekly blogs all about their experience in the world of work!

Work experience is great and it provides students with many benefits whilst gaining skills and helping choose the right future career path for pupils. Having work experience on a Curriculum Vitae will make a person stand out to employers as they will notice they have motivation and a real passion for work. It will also help to boost a students confidence in themselves!

See how Max is getting on with his STEM placement! 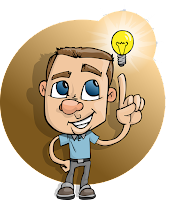 "My first week has gone well so far. For my project, I am running computer simulations on transistors. On my first day, I was just getting to understand how it works by playing around with different parts to see how it changed different features of the structure of the transistor.

I was then given the task of trying to alter the structure so that each part was a certain size. After that, I started to plan a new structure that was given to me (A source-gated transistor) and then I created that on the simulation software (DeckBuild). I also had an undergraduate who was helping me by explaining how a transistor works as well as other things I needed to know."

"For my second week I had to add in a variable to my simulation code (called xvar), which when given different values would alter the alignment of the dual gates in the dual floating gate source-gated transistor. I then ran a batch for different values of xvar between -1 and 1 micron. However, due to a problem with the simulation, which meant the gates didn’t appear during the simulation, I had to put in each value of xvar and run each of them manually. This meant it took a lot longer to run all of them then it should have."

"During my third week, I found a problem with the structure of the transistor that meant their was a gap created in the channel due to the lack of a potential field between the two gates so I created a new structure with field plates on the gates. Then, I ran the same simulations on the new structures as I did on the original, but with more values of the gate voltages. I also started to write my report, while the simulations were running."

"In my last week, I finished the simulations from last week. I also created a poster of what I have done and my results and conclusions, which I then presented to a few PhD students and a couple of people who worked at Surrey University (which is where I am doing my project), explaining what I did and what I found out, which was followed by me answering any questions they had. I then continues to write my report."
- Max Bateson
Posted by SATRO.org.uk at 01:12