What is it like to complete a SATRO Extended Work Placement? Case Study by Toby Peterken 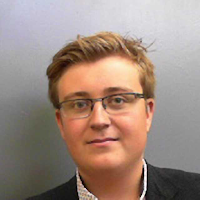 My name is Toby Peterken.  I am currently a student at Esher College.  For my AS year I studied maths, further maths, physics and philosophy and now, for my final year, I am continuing with maths, further maths and physics.   Following my A Levels, I am hoping to complete a degree in either physics or theoretical physics.  I aim to remain in academia - achieving a Ph.D. and then staying on as a research fellow and with any luck becoming a professor of physics.

I heard about the SATRO placements through an email from college and applied for a placement for several reasons.  Obviously it looks amazing on a UCAS form or a CV, however that wasn’t my motivation.  My main draw to this placement was that it was the first opportunity I have had to make a real contribution.  With year 10 work experience placements or with 1 week summer academies you learn a lot, however you never seem to do any actual work, whereas my work at SSTL (Surrey Satellite Technologies Ltd) did matter – it was the first time this technique had been looked at on land in such significant amounts, so everything I did was new.

My project was to analyse the data from a satellite to see if there were any correlations between the strength of GNSS (Global Navigation Satellite Systems) reflections and the landforms below and by doing this, see if there were any useful applications of this.  The first 2 weeks were spent mainly programming; I had to create the tools that mapped the data onto Google Earth.  Then we realised that there was too much data and the computer kept crashing, so I had to program another tool that allowed me to load only the data in a certain region.  Then I had to analyse the data, discovering correlation with different landforms below and showing that this technique could potentially be used for mapping deforestation.  I also got to reprogram the timing system for the receiver on the satellite.

The main skill I learned was programming, this includes more than just learning what a particular line of code does.  I had to learn how to break down large problems into small tasks.  I learned how to go through and debug a program with rigour.  I wrote a program in my first week which, although it worked, was written inefficiently and it just felt messy, so during my last week I rewrote it.  From what I had learned initially, I was able to make the code more elegant and I completed it in much less time. I also understood what other job opportunities were on offer, as I had no idea how much variation there could be with applied physics.
Posted by SATRO.org.uk at 04:49